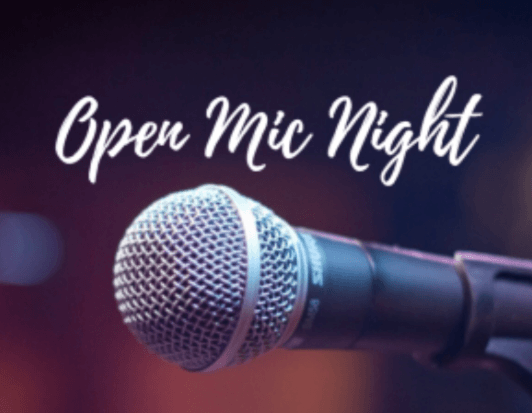 I am not a “full-time” worship leader. I have a life and a job, and real-time responsibilities with my job that take me on the road from time to time.

I recently came across an app that I loaded on my iPhone called, “iPlayOut.” It is a listing of most of the major U.S. cities and a catalog, by day of the week, of open mic nights and jam sessions. Since my travel has taken me to a number of places, I’ve recently been using this app to find places where I can bring my sax and get a chance to do some ad libbing with a group in front of an audience.

This week, I have been in Kansas City. And the interesting thing I’ve found is that I’ve found a number of places where I could probably have played if I wanted to. But the funny thing is, as much as I popped in to these places and sat listening, I realized I didn’t feel like getting up there to play.

The reason I ended up not playing is because I came alone. And if I played, I would play and then leave. Still alone.

Don’t get me wrong. I’ve travelled for years. I’m happily married with grown children. I’m not alone. And I am not feeling lonely or anything. I’m actually rather content to have some of the evenings in the motel room to blog and catch up on some things I need to do that I don’t have time for when I’m home.

But to put it in perspective, I will mention that I did a lot of jamming with the jazz band on the last cruise I was on. And I loved it.

I think that if you have a healthy relationship with the Lord, then playing as part of the worship team is not about a chance to be heard; it is about connecting with friends.

I believe that part of what makes playing on a worship team so powerful is that you are playing for someone you know. And your heart is to lead people in the congregation to the friend you have found in Jesus.

So much of life is about relationships. I don’t know about you. For me, playing my instrument is not about my ego (or, at least, I don’t want it to be about that).

I’m sure there are all too many people in this world who want to play to get their egos stroked. But if you’re healthy, it shouldn’t about that so much as having fun.

This Monday night, I was at the Blue Room in Kansas City. And at the Blue Room on Monday nights, they have a jam session. Now I will tell you that there were a lot of guys there with horns. At least two trumpets that I counted as well as at least 7 saxophonists. And they were good. They were mostly younger guys - in their 20’s and 30’s maybe - but they could play.

I didn’t even bother bringing in my horn. To be honest with you, these guys were playing tunes that seemed to be standards, and these guys knew them well. I don’t know them much at all. Quite honestly, these guys were so good that I was quite content to just sit and listen.

But an interesting thing happened after they were done at 11:00. I walked up to the stage to chat with a few of them. And to let them know I appreciated their abilities. They are a great bunch of guys. One of them (one of the pianists) actually asked me (without ever having heard me) if I would be interested in playing a gospel gig he was doing the following weekend. And we chatted. One fellow came in at the end of the night. We exchanged names. And he gave me a “good to know you” hug, just like that.

I may have occasion to be back in Kansas City again next Monday night. And if I am, I’m bringing my horn.

You see, it would be different now. Because I feel like I would be jamming with friends.

I think that as worship leaders, we must never forget that meaningful worship happens in the context of community. And our heart attitude should always be about playing for the people we lead in worship as people we want to love and introduce to Jesus.

Perfect your instrumental ability. There is power in excellence. But never forget the relational aspect of leading people in praise and worship. God gives us gifts to enjoy. But they were never given for us just to enjoy alone. God wants us to worship as communities of believers who love each other deeply out of our overflow of love that God bestows on us in the person of Jesus Christ.