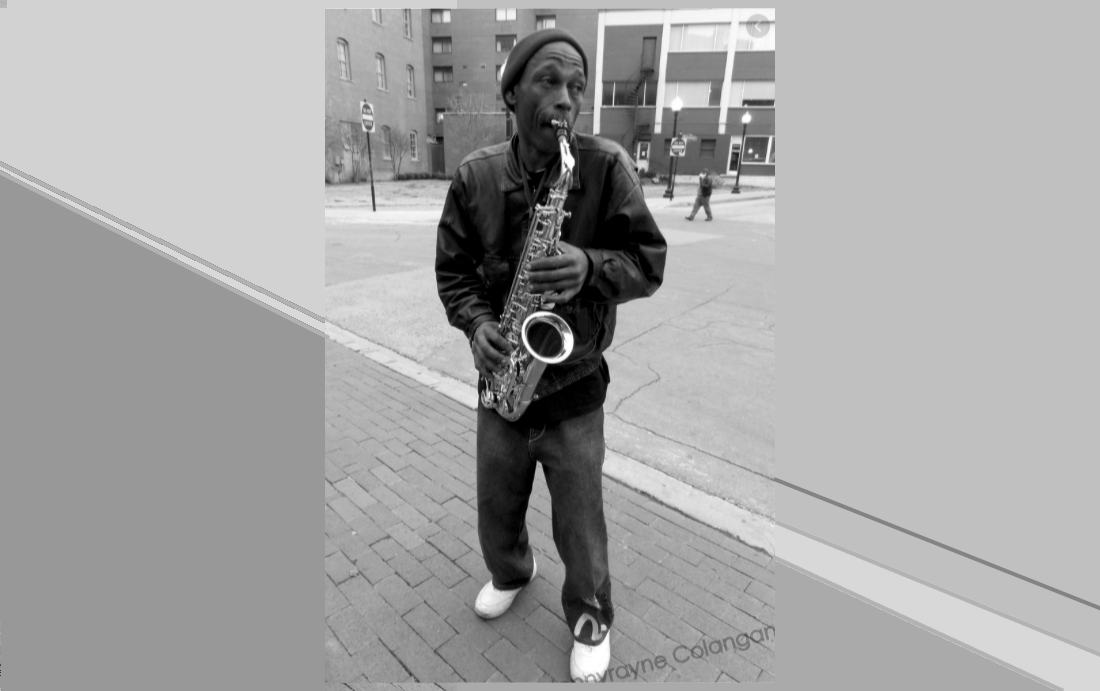 As most people wouldn't know without me mentioning it, I'm rather charismatic in my Christian faith. I have written about how critical it is to learn to find a place in the anointing of God when you lead in worship as an instrumentalist (or vocalist, or any other).

One of my (many) "favourite" preachers is Kris Vallotton of Bethel Church in Redding, California. And his message last Sunday was titled, "Humility is the Way Forward."  His messages always resonate with me. But as I was listening this morning, I was struck by how humility is a critical key to being a better instrumentalist and a better worship leader.

As a Worship Leader, You Can Only Lead Others Where You've Already Been.

Where you want to be - where you want to bring others with you - is into the presence of the Lord. One of the points that struck me as I was listening to Kris today is that one of the best ways to get there is by a path of humility.

In his message (on Bethel's "Sermon of the Week") Kris lists some points on how you stay in humility. I'm going to "hijack" those points here, with the thoughts that struck me as a wind instrument player, wanting to shed some light on what the Lord was showing me as I listened.

Humble yourself in the sight of the Lord and He will Lift you up.

It's good to have confidence but it's good to always remember that your confidence needs to be grounded in God's ability to strengthen you and keep you in your ability.

Kris talked about king Ahab who, in the Old Testament, was a very wicked King. He and Jezebel seemed to rank right up there (even as examples in the New Testament) of wickedness personified. And yet God saw Ahab humbling himself and spared him some of the calamity He said that Ahab deserved because he humbled himself before the Lord. How much more now, in the age of grace.

14 signs that you are humble.

Prayerlessness is the ultimate arrogance.

Are you open to suggestions? Can you value others' opinions regarding what or where or how you play to change the texture of the music you're working with? Do you value input from others or do you feel you are "God's gift" to that trumpet or flute?

3 - you can be corrected without defending yourself.

Maybe you've got a good ear. But you might not be the only one. Do you take every question about your playing as an offence? Or do you have the wisdom to know that if something needs to be changed about what you're doing in a piece of music, it's usually because others maybe hear something else or see a place for some variety. (Not every tune needs bagpipes in it, you know.)

Maybe someone heard a chord change or a note you aren't picking up on. Do you value the input of others and realize "maybe they're right?"

I play sax for the most part (and use a wind synth, too, sometimes). But I'm aware enough to realize that sometimes putting a sax in a tune can only be done with a crowbar. But I'm playing for the people to be lead into worship. If the horn doesn't fit, out I sit.

4 - you rejoice when others are celebrated.

Do you actually enjoy the fact that Uriel Vega gets hundreds of thousands of hits on his youtube videos? Are you jealous? Envious? Do you wish it was you?

Do you realize there is room for all of us on there? Do you resent his success when your video has only gotten 83 views after 5 years?

I've found over the years that even for people who resent me, I make wondrous inroads into hearing God's heart for others as I pray for them - and not just pray for God to "straighten them out," but to really bless them  with success - even if I don't feel like they "deserve" to be blessed.

Hopefully you don't struggle with resentment toward those who are maybe where you wish you were but haven't gotten yet. But if you do, try an experiment. Try praying for those musicians who have arrived where you want to be. Pray that God anoints them, that they grow in humility as God uses their gifts to bless others.

And listen to their music. Ask the Lord to use it to draw you into His presence and then thank Him for THEIR gifts and how God is using THEM to draw all men unto Himself.

Remember that their success NEVER takes away from the potential for YOUR success!

Maybe you're a critical piece of your local worship team. Don't let that stop you from helping set up the tables or cooking in the kitchen for the next function at your church. Sometimes, that makes all the difference.

You see, sometimes your effectiveness as an instrumentalist in leading people in worship is effective because people know who you really are as you're involved in leading them in worship. Of course, there are going to be people who love your music even if they don't know you. But if they do know you, (and if you're truly gracious and walk in humility) then God can use what you're playing even more because your character doesn't get in the way of who you're trying to lead.

6 - you don't always have to be right

Humility is more interested in wanting everyone to be correct together as opposed to being thought of as "right" so you don't have to admit you're human.

Most of the guys in the horn section I play with at my local church are older. We have a few youngsters. But about two thirds of these guys are in their 50's and 60's. I love the fact that we can cut up about our mistakes and kid each other about how we don't always get it right. And no one takes offence.

And even better, it's nice when we can point out mistakes to each other in how we read the charts and no one gets offended. (And it sounds better when we all play it right.)

7 - you naturally seek advice from other people. You're teachable.

9 - you freely admit your mistakes and flaws.

I have a guy who plays sax with me. And he is such a humble guy. I love this man for his humble spirit. One of the things that is nice is that if he's not sure about a chart, he asks.

I'm not saying I'm God's gift to the horn section, either. But if I'm able to read a part in a chart and he is struggling with it, he is a man of noble enough character to say, "can you play that part for me please?"

Maybe it's good to remember that we are not only leading our congregation in worship; we are there to lift each other up on the team together. And part of that is reflecting a humble spirit with each other.

True success is helping others succeed.

One of the things I've learned over the years is that I love to teach. One of the things I enjoy so much about teaching is that I realize that in the course of teaching, I have to formulate my ideas more clearly. I may have a fuzzy notion of how I do something in my head. But if I have to explain it to someone else, I have to clarifiy the idea enough to put it into words. And that forces me to think it through.

What if we measured our success in life by how many other people succeeded because we helped them to get there?

Sometimes being offended comes from worrying about how others don't correctly perceive what you're really thinking. Sometimes you need to just learn to let stuff go.

It's everybody's lot in life to be misunderstood sometimes. The measure to which you don't get bent when people misunderstand you is a measure of how much you don't think too much about yourself in the great scheme of things.

It's hard to be arrogant and thankful at the same time. Thankfulness is an attitude of seeing that you have status and blessing and favour that you don't deserve. It keeps you from thinking you are where you are just because you did it all.

Are you thankful for the musical gifting God has given you? Do you give Him credit for it freely? Do you remind yourself of those who taught you, who spent time encouraging and critiquing you with a heartfelt attitude that they just wanted to take you to the next level?

Thinking about all the others who share in the success of your musical gifts is a good way to stay humble.

13 - you don't live with a sense of entitlement.

You don't walk around with an attitude that people (or governments) should give to you because of your greatness. You accept that you're just one cog in the gears of life and everyone deserves to be treated with respect and dignity; even those who don't have the gifts you do.

Telling the Lord that I'm thankful that I'm not a Kenny G or a Gerald Albright is tough sometimes. But recognizing that, in large part, I have no one to blame for that except myself for the times I squandered the talent God gave me is a good way of staying humble.

And so, instead of resenting others for where they are, I listen with a sense of awe, appreciating the work that they put into getting where they are.

Revelation, gifting, annointing and being a vessel of the Lord's presence comes by way of humility.

Find this place where you can say to the Lord, "I'm content where you have me. I'm grateful for the gifts you've given me. I want to work to be technically excellent with my instrument. But I want to do so from a position of humility, where I see that I am where I am because of who You are, in spite of who I am that so often may stand in your way."