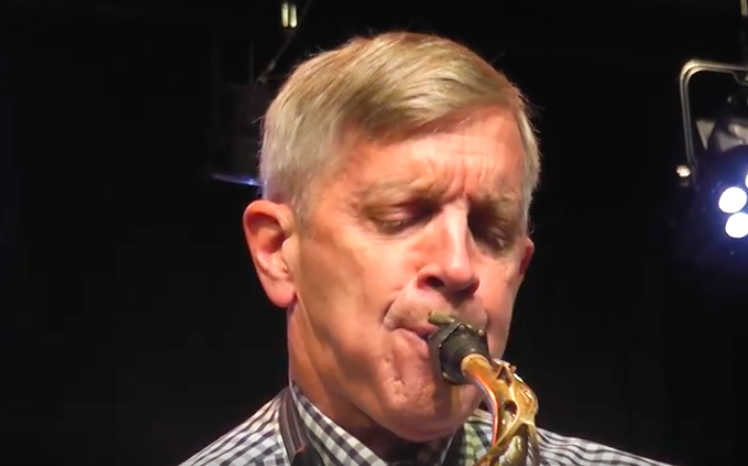 If you've been playing jazz or blues for any length of time, you're probably familiar with Jamey Aebersold.​

Jamey is the father of the playalong CD

For those of you who don’t know who he is, Jamie is the father of the play-along CD series for learning jazz improvisation.

By his website, there are 133 books in his series of books now. And I’m sure there are hundreds of thousands of users of these books over the years, if not millions. They’re effective if used properly. They help to develop a facility with the different scales and modes - major, minor, playing the blues.

I’ve been aware of him for over 30 years now. And his recordings and books have been around longer than that. He is in his late 70’s now and starting to slow down with his schedule a bit. But he has done music camps and clinics all over the world. And he has a passion for teaching people to play by ear and to improvise. I’ve learned a lot about him lately, from stuff I’ve read and discussions I’ve heard him in.

I have a number of his books and have used them on and off over the years.

One of the things I didn’t know until recently was that he started out doing these recordings so he could have something to practice to on his own. But a good idea takes on a life of its own sometimes.

He is a master at teaching people how to be more confident as improvisers. And I thought it would be good to put together a list of things I’ve heard him say or read in his books as a summary of some good points to keep in mind on your journey to learning to play better.

Here is a list of 10 essential ideas I have learned from Mr. Aebersold

I have often heard the mantra, "just practice, practice, practice." But there has to be a method to it and a motivation to do so that comes partly like feeling you're making some progress. Getting a grasp on how that is done is essential for developing your musicianship.

After pouring through interviews, his writings in his books and from feedback from what people learn at his music camps, there are a list of 10 thoughts here that you want to take to heart to practice effectively to learn to play well. So here we go...

Jamey has made the point that if you don’t learn not only to play but to improvise while you’re in high school, you probably won’t touch the instrument after you finish school. And the reason is that it probably hasn't become a part of you. You cannot play along with others in so many situations where you otherwise could if had enough control of your instrument that you could play by ear. That's not to say you can't learn as an adult. I have written about this elsewhere. Don't be discouraged. It's never too late.

2  - The great jazz player wasn’t born with it. He practiced.

This point (confession time here) was a swinging door that hit me both ways as a younger man. If you have read my "about" page, you'll know this about my musical journey.

When I was a teenager, I played in a youth symphony and a community band. There were a couple of guys in that band that used to call me David Sanborn when I had no idea who David Sanborn was. But although I had a good measure of musical talent, I had little awareness of where that talent could have taken me if I applied myself. I also had no idea what amount of work was involved in going from good to great.

The guys who are outstanding horn players may have been born with varying degrees of talent. But they've ALL had to work at it to get to the place of excellence in their musicianship.

​I say this to comfort you with the real fact that if you really want to play like David Sanborn, then more than anything, it is drive that will get you there.

A goal without a plan is just a dream. You need to have a track to run on to develop specific parts of your technique. You need to understand what types of things you need to practice and how.

And it is a good idea to write out a practice plan. That way, you'll make sure you're not just twiddling your fingers. If you plan your practice sessions, you can schedule all the stuff you need to cover so you make sure hit all the scales and arpeggios, all the areas you need to focus on as you practice.

And when you find those things and write them down, you should consult that practice journal when you're scheduling your next practice sessions.

If you are practicing to learn to play well, listening is part of that.  Jamey says, to memorize a song, listen to it over and over. And learn to play it by ear. Even if it takes 1000 tries to get it down.

If you're not a natural (yet) at playing a song by ear, work at it a bar at a time if you have to. Listen to what you hear and play along until you can repeat the melody. And now, the more difficult but more necessary part: try to play it back in different keys. Preferably all 12 keys.

Listen analytically. Listening for pleasure is nice. But listening and analyzing will help you pick up on things you want to incorporate into your style, or give you ideas of what kinds of things you need to work on.

Listening doesn't help your lip, I will admit. But you can do exercises to strengthen your lip while you listen.

5  - Playing a solo is using bits and pieces of scales and arpeggios, filtered in with rests, repetition, articulation, leaps, chromaticism and space

Scales and arpeggios might not be your favourite things to practice. But if you think about it, they are the building blocks of pretty much everything that makes up what your solos are.

Interesting solos contain chromatic runs, space to breath, ideas that are repeated. But those things are like the glue that binds the essential parts together. The essential parts are the scales and arpeggios. And like any solid structure, you can't build anything with glue alone. You need solid pieces to maintain structural integrity. You have to build the foundation with those solid pieces - the scales and arpeggios.

READ  Focus On One Thing
Powered by Inline Related Posts

I've also heard him say something to the effect of, "Your solos might sound like gibberish unless you incorporate the extra note of the bebop scale." Scales are important but understand that you’re not just sticking strictly to the scales. Understand the variability of pitch around the scales that adds to where you are going in your solos.

Jamey makes the very good point that you really have to get enough control of your instrument to be able to play major and minor scales and arpeggios in all 12 keys if you want to get to a place where you can even start to play what you “hear” in your head as you’re going. (Volume 21 works well for this.)

There is no easy way around the fact that you have to have a good facility in scales, in the chords and using various articulations over those scales and chords (learning them as note collections and not mere patterns). Scales really are "collections of notes." And getting familiar with them this way is essential. I write about this in another article about why it is essential to master the pentatonic scale. 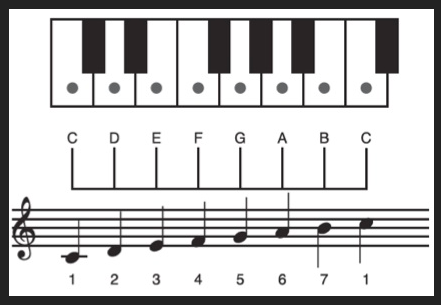 8  - Playing different rhythms and articulations over scales and chords is how you own the scales.

In other words, don’t always start on the first note. (Again, this is about hearing the scales as collections of notes…)

The fact is if you play different rhythms, different timings, different stopping and starting points when rehearsing your scales, you'll get more familiar with them as note collections or pitch collections. You need to have a fluency in the scales not merely as scale exercises but as the notes of the feel (major or minor key) of the song.

9 - Never underestimate the lessons you can learn from transcribing a good solo.

I have been inspired by many a solo over the years. Sometimes it is a particular hook in a phrase they play. Sometimes it is the sound. Jamey would instruct you to notice that the great players do (and don't do).

Now, it's a lot of work to transcribe a solo. Sometimes it is hard to listen to the complex melody line and pick out the rhythm and timing of what is being played. But the task of actually doing that can sometimes point out some fascinating concepts. And sometimes, you'll find an idea or two you want to try to imitate. If you do, incorporate it into your practice routine. see if you can mimic what you heard. And listen to it, identifying what exactly it is about the solo that appeals to you. See if you can play it back on your instrument.

And then, for the real challenge.... transpose that solo you learned to play so you can play it in different keys.

This is one are where you can die hard on the altar of self if you can't admit you haven't arrived yet. You only learn to play well in public by doing it. You have to learn to live with a little angst out there. Get over it. Take the plunge.

You are an individual. So don’t get discouraged by better players. Get the ego in check and you can be INSPIRED by them.

It's easy to talk yourself into avoiding jam sessions if you think the other guys there are pros. Maybe they are. But everyone starts somewhere. And truth be known, the decent folk among them want you to do well. They want you to succeed. And THOSE are the people you want to hang with. They will support you while you learn.

Just remember: you can always be better than you are. And no matter who else is out there, there is only one you. So at the end of the day, when how you sound is not just about technique but also about feel and style, how you sound will be uniquely you.

Draw from those around you who want you to succeed. They are there to have fun and enjoy the journey with you.

Ten points, in a nutshell:

Music is a language. And if you want to express how you feel through that language, you have to learn to speak it well enough to say it in a way that others can feel what you are expressing.

And that takes WORK. But just remember that it's your right to be able to speak freely. It's not guaranteed in the constitution that you have a right to be heard. If you want people to listen, you need to get good enough to have something worth hearing.

If you want to learn to solo with just 5 notes, check out this post.

And as usual, your feedback is appreciated. Let me know if it works for you or if there is anything I can clarify. I always love hearing from my readers.

Music Is a Language And Musical Phrases Are Vocabulary